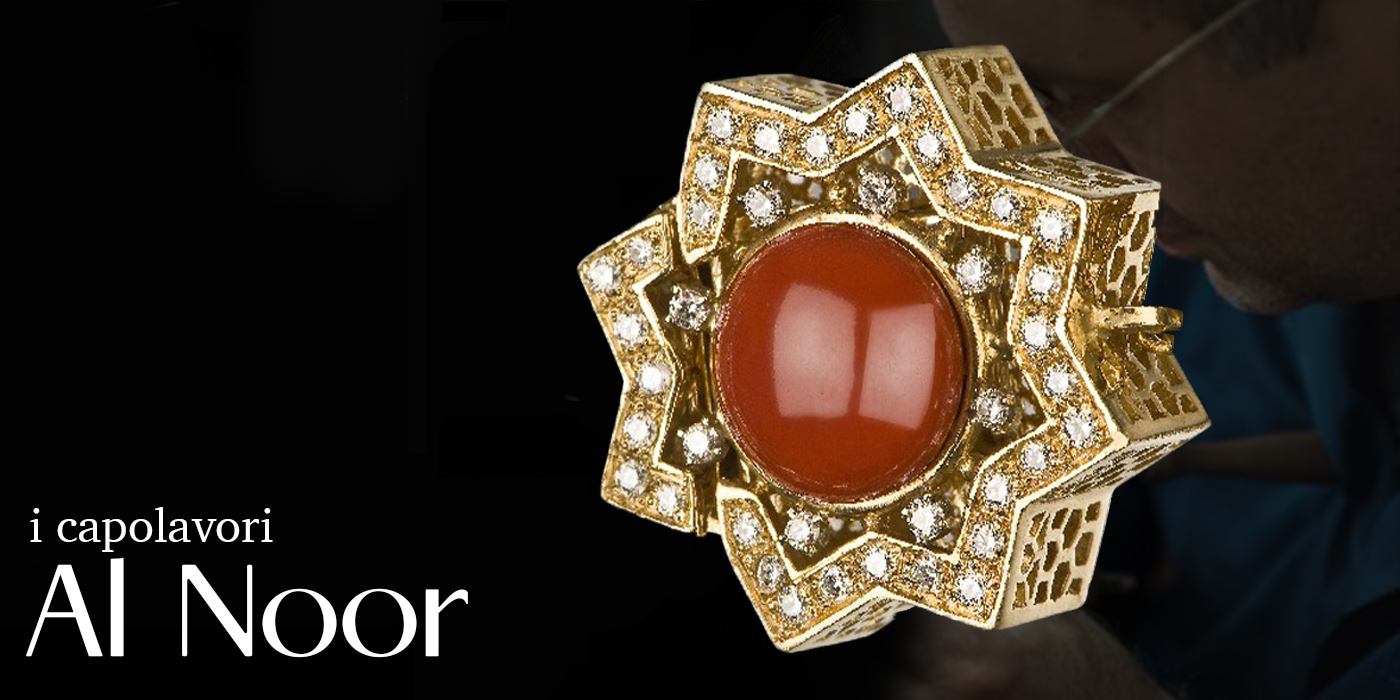 On the front of the piece, man’s paths to Paradise, where the centre of light dwells, are shown in the glistening Rosmundo honeycomb technique. The arcs on the top of the medallion draw together the human and the divine, while the eight gates on the pendant suggest the cosmic order around the central octagon ­ itself a symbol of fire and of the divine light. 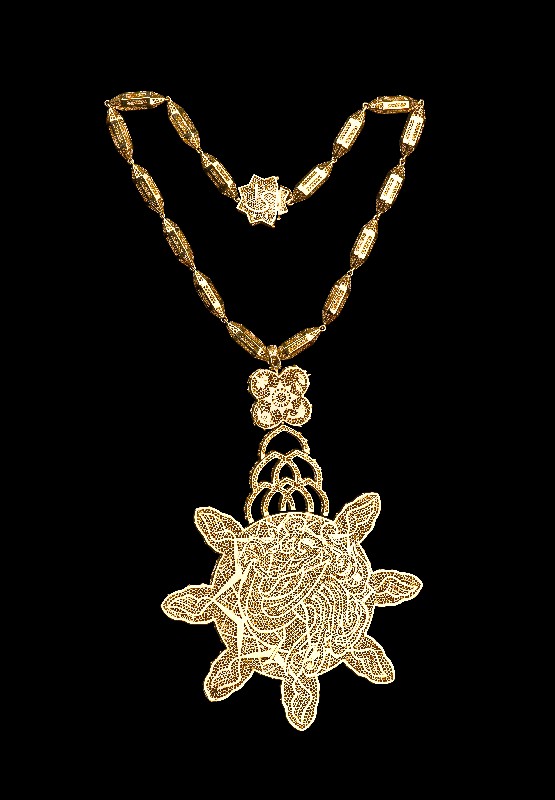 The seven niches that surround the pendant represent the seven prophets of Islam. Looking on the other side of the pendant, you can see wings of angels and a representation of the immortal and benevolent Arabic Felix bird, Simurgh