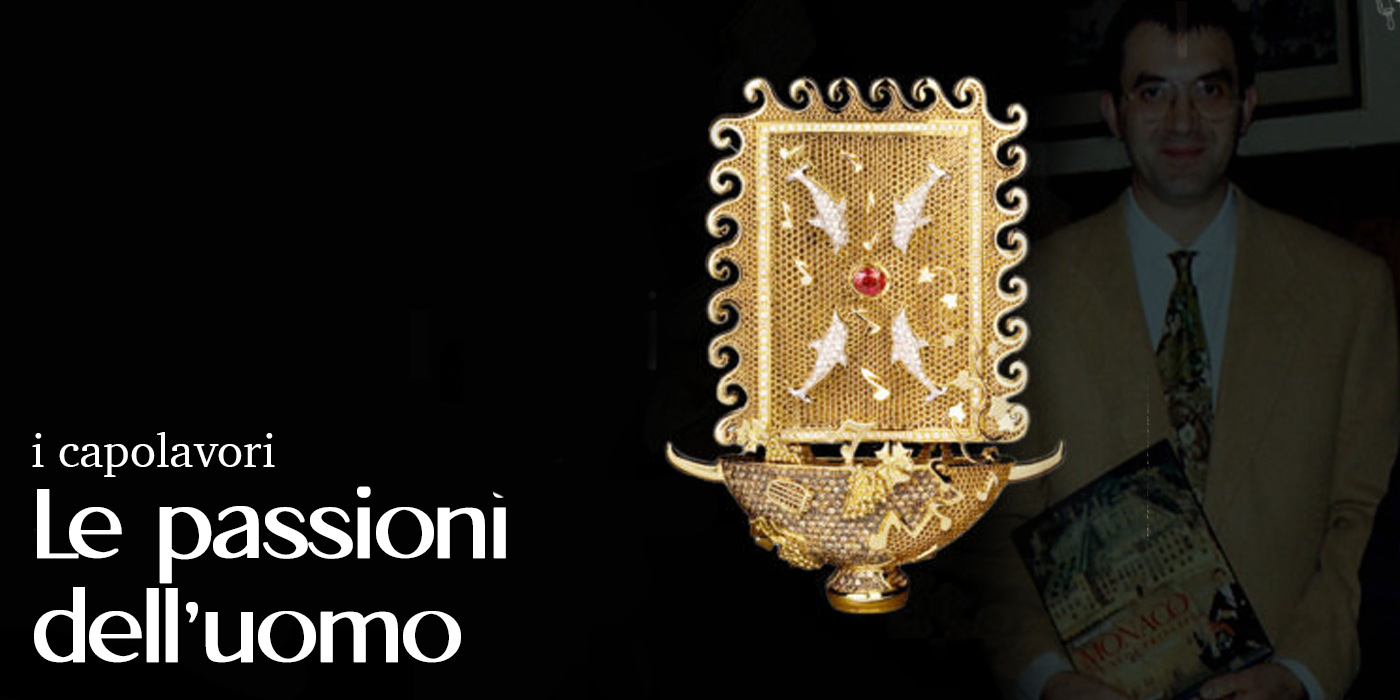 Master Rosmundo, after being inspired by the music, philosophy and architecture, decides to approach archaeology, in fact the mosaic floor of the 4 th century B.C. which it is based in the ancient Greek city of “Volcei” (Buccino- Italy), becomes inspiration for this new masterpiece: “The passion of man”. This unique and magnificent creation evokes the story of the Greek god of the symphony: Dionysus

The front of the creation represents, through the exclusive technique of the figurative honeycomb, the mosaic of the banquet hall dedicated to Dionysus. The four beautiful diamond dolphins symbolize, according to a legend, the rescue of the Greek god as he was thrown into the sea by pirates. The centre ruby, represents the wine, the main element of the Dionysian Symposium. The Symposium is the place of social relations, it is the supreme occasion when the Greek men,excited by wine, expresses his feelings, his political passions, raise their hymn to the joys of life. The Kylix- the cup where the ancient Greeks used to drink wine- supports the representation of the ancient mosaic and the symbols of the sacred banquet for Dionysus. The grape, which is the mother of the wine, along with the lyre, the musical notes and the ivy are all hand-made on the Kylix because they are the symbols of the Dithiyamb- the passionate hymn in honour to Dionysus. 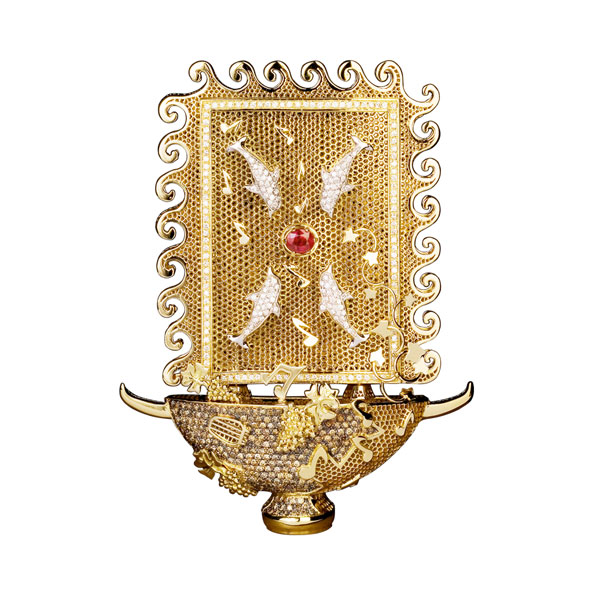 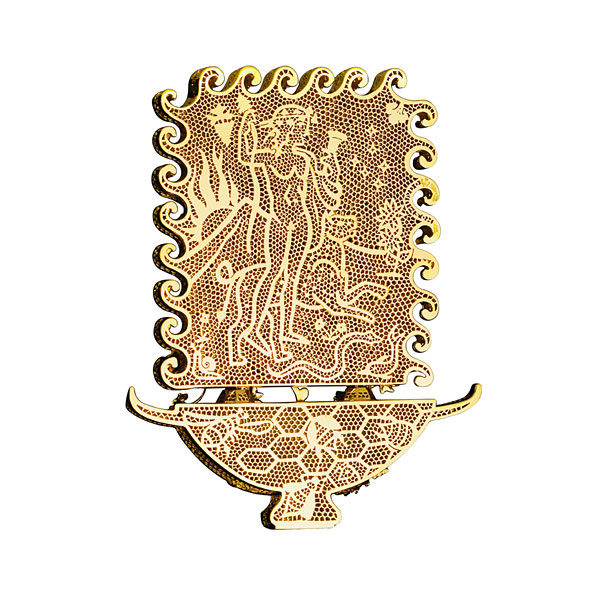 The beehive, at the rear of the Kylix, represents the honey that together with the milk were the food provided by the Hyades to feed the god during his childhood. Dionysus is standing above and he holds on one hand the magic thyrsus which it has the power to make milk and honey flow out by touching a rock and on the other hand he holds the cup of wine, a sweet drink that causes inebriation and it also awakes the passion of man. The panther and the snake are together with Dionysus as they are the two sacred animals to him. The feline hauled his wedding carriage with Arianna and the reptile led him to taste the grapes. There is, behind the god, the Mount Nysa, where the constellation of the nymphs Hyades, transformed in stars by Zeus as a reward after their death, is still shining in the Taurus constellation. The four sides of the rectangle has the Empedocle’s elements: the snail (the earth), the dolphin (the water), the breath (the wind), the rising sun (fire). The figurative honeycomb technique alternates light and shadow, day and night, creating a perfect harmony.